To mention that he is an enthusiastic sailor and lover of everything around the sea and sails is probably not needed. Over the course of 10 years, he has sailed thousands of nautical miles and he has still not enough. Though he likes sailing in all areas, he has a thing for remote wild places without a crowd of tourists. He loves Scotland, Norway and the magic of the Polar Regions. During his travels, he is passionate about caring for the crew, passing on the love of nature and the sea, and opening them the way to their inscapes. Nothing is more rewarding for him than returning to the home port observing the happy faces of the crew members who say they have experienced something special and unrepeatable.

Qualifications and experience: As skipper, he sailed over 16,000 nautical miles (of which 2,500 NM behind the Arctic Circle). Holder of the Yachtmaster license issued by the British Royal Yachting Association and VHF Marine Radio Short Range Certificate authorizing the operation of a maritime radiotelephone station. His sailing experiences include skippering the 3-week Arctic Ocean expedition to Svalbard and back, skippering the 3-week Atlantic cruise, 4 times passing almost the entire Norwegian coast beyond the Arctic Circle, sailing in a +50-knot wind storm, racing in Jabuka offshore race 2013 (1st place in the group, 2nd place in the overall ranking). 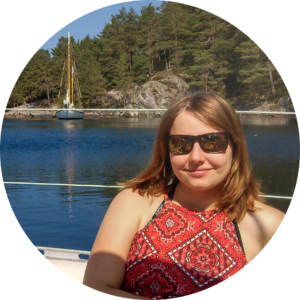 You may be surprised by the fact Marie can’t swim. But even this did not stop her from boldly go to the sea and the oceans again and again. And what’s more to become the owner of her own sailboat! Her studies of architecture and then sustainable design at the Aalborg University in Denmark fully reflects in her work for the Serenity Explorers. Her sense of art, graphic skills and attention to detail are the sources of most of our graphics. During the expeditions, she takes care of the comfort of the crew, which is enriched by her practical experience of life on the ship. She also focuses on transferring her passion for environmental protection on others and ensuring our cruises are as environmentally friendly as possible. She loves warm seas and her beloved waters lie in Greece and Italy, so she does not hesitate to arrange sailing in these places at any time. And if you bring her a good frappe or ask nicely, she will conjure up a great pie in the ship’s kitchen.

Qualifications and experience: Sailed more than 4000 NM. Certified graduate of the Remote First Aid Emergency course, certified yoga instructor specializing in Hatha Yoga. Among her greatest sailing experiences is writing a bachelor thesis during 3 weeks sailing trip in the Atlantic, meeting with killer whales, dolphins and turtles, sailing expedition to Svalbard, catching his first fish in Norway and bathing in sulfur springs on the island of Vulcano. 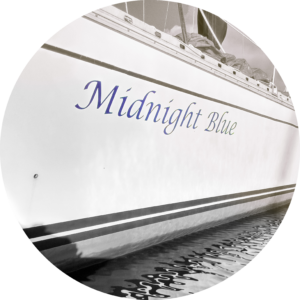 Probably the most important member of our team on our voyages to the northern adventures. Our home at sea and the means of transport in one. Her sensual graceful curves will not leave cool any serious lover of sailboats. But don’t be fooled by her gentle appearance. She’s a real tigress. She can cope with every sea, no storm stops her. And just a little wind and you can feel her raising and begging you to hoist the sails si she can run with the wind for a race. But enough metaphors. For those who want to know her detail specifications, you can find her profile HERE. 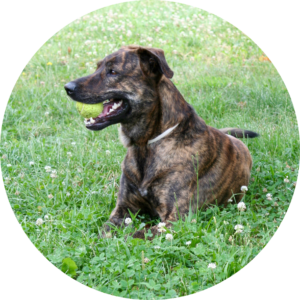 Our four-legged mischief who accompanies us on some of our private trips. He inherited the greyhound’s speed and the affection of a Dalmatian from his mother, and the cleverness of a German shepherd from his father. When sailing, he most often examines the horizon to see if the helmsman deviates from the course. He excels in working with ropes. But below deck, he becomes a professional ship’s psychologist who, with his gaze, head laid in the lap of any of the crew members and by his calm can drive out all the gloom of the world. So far, he sails with us only on shorter expeditions around Copenhagen, but he can’t wait to be adopted by some crew which will take him on one of the big expeditions. 🙂